According to a now-deleted listing from Austrian retailer Gameware, Grand Theft Auto 6 could release in 2020. But we're skeptical. 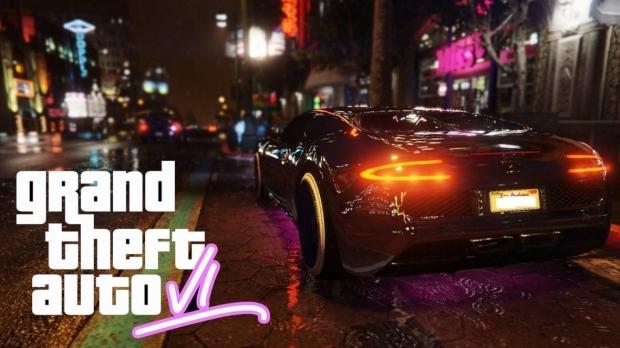 Austrian game-seller Gameware recently put up pre-order listings for GTA 6, complete with a 2020 release date. I say reports because the listings are down, and there's no links that've been backed up on internet archives, so there's no real proof the listings were there at all (they could've easily been Photoshopped). Even taking into account Gameware's history of leaking real games like Need For Speed Heat and Devil May Cry 5 ahead of their announcements, these listings don't seem accurate. 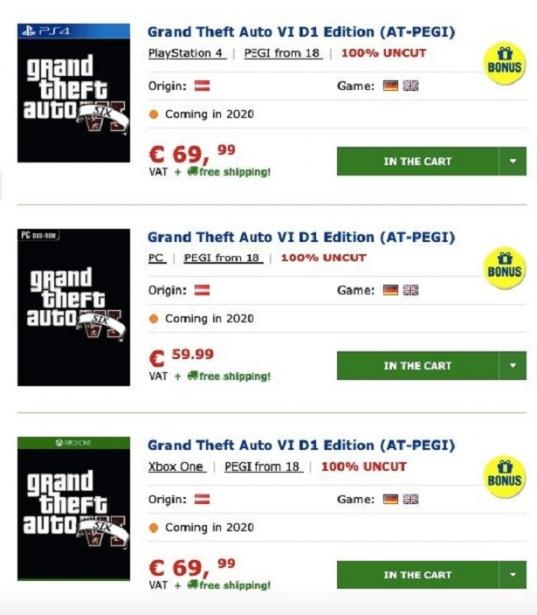 For one, the listings show Grand Theft Auto 6 being rated by AT-PEGI, or the Austrian branch of the Pan-European Gaming Information ratings board. Of course no listing for GTA 6 exists on the website.

There's also the platforms of choice. The listings show GTA 6 available on PS4, Xbox One and PC, not next-gen consoles like the PlayStation 5 and Xbox Series X. Take-Two Interactive has strongly hinted that its biggest studios would take full advantage of next-gen systems. If GTA 6 does release in 2020, there's no reason it shouldn't have some sort of presence on next-gen systems, possibly a forked SKU with on-disc optimizations for new consoles.

Then there's the biggest skeptical point of all: The dubious 2020 release date. Red Dead Redemption 2 released on PC in 2019, following a 2018 release of the console version. Rockstar typically waits years in between releases to soak up sales, and this goes double when any game has an online component.

Take-Two has heavily hinted that GTA 6 is indeed in development by asserting a huge pipeline of new titles, including sequels from "our biggest franchises." Rockstar is ramping up its development teams for games, and has even conscripted third-party help to work on new projects.

We've heard all sorts of crazy rumors including a huge intra-continental story that spans multiple countries (which were fake), as well as speculation that the game could be set in Jamaica and Colombia (based on shaky info gleaned from some stickers Rockstar sent out).

We've also heard that GTA 6 could release in 2021 and miss next-gen console launches entirely. This seems likely. Rockstar doesn't need to ride the way of next-gen to make a big splash, as exemplified by its insanely profitable track record. Wherever and whenever GTA 6 lands, gamers will buy it day one.

Just don't read too much into these listings and take everything with some Morton's. GTA rumors are as old as time immemorial and they won't stop any time soon, so don't get your hopes up.