NASA's Cassini satellite ended its 13-year mission in September 2017, but scientists and researchers are analyzing some of the final data sets sent back from it. 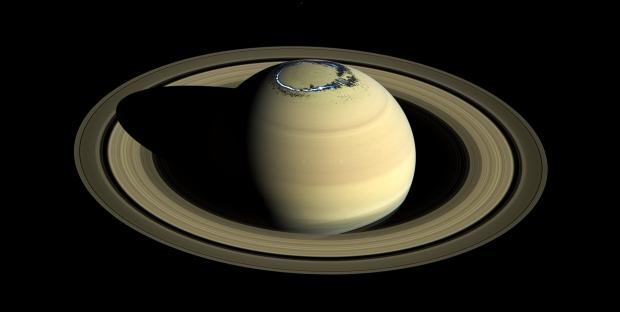 The new data was analyzed, and two new studies have been published in Geophysical Research Letters and JGR: Space Physics detailing some new understanding regarding Saturn's rings. For those that don't know, Cassini's main mission was to observe Saturn, and it did so very well. Throughout the course of its life, it gave scientists numerous vital pieces of information that helped piece together our now present understanding of Saturn.

Cassini was moved to an orbit that brought it closer to Saturn than ever before, and at this length, scientists and researchers were able to obtain images of Saturn's ultraviolet auroras at some never before seen resolution. So what's Saturn's aurora? Saturn's auroras are generated by the interaction between the solar wind from the sun, which shoots out energized particles, and Saturn's rapidly rotating magnetic field. The auroras are found at the planet's poles and are known to flash and pulsate at different speeds.

Lancaster University Ph.D. student and lead author of the research Alexander Bader, said "Surprisingly many questions revolving around Saturn's auroras remain unanswered, even after the outstanding success of the Cassini mission. This last set of close-up images gives us unique highly detailed views of the small-scale structures which couldn't be discerned in previous observations by Cassini or the Hubble Space Telescope. We have some ideas about what their origin could be, but there is still a lot of analysis to be done."