If you happened to miss it, Steam just ended their annual Steam Winter sale, but don't get sad because there is another major sale around the corner. 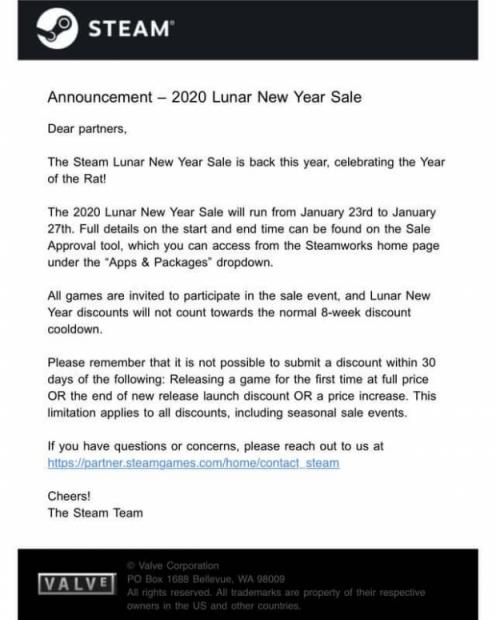 The benefits of being a PC gamer is the rolling sales and Valve is here to represent that fact. Valve has sent out a message to their partners regarding the Steam Lunar New Year sale. According to the message the sale is planned to start on January 23rd and will end on January 27th.

Unfortunately the message didn't come with any information regarding what specific games/genre would be on sale when it begins. All we can hope for is major discounts across all titles and genres and a chance to snag some great deals on some great titles. When the sales start I will follow up with a summary on the best deals you can buy.