I can't think of a Rick and Morty episode where everything just goes smoothly, in fact, I don't think there's even one. So when everything does go smoothly, it feels really strange and weird.

Above we have an example of just that. Created by Paul Robertson and Tom Walker for Adult Swim, we have Mr. Poopybutthole's Beautiful Day. The title of the one minute video spoils the clip, as the creators aren't lying when they tell you that Mr. Poopybutthole does have a beautiful day.

We see Mr. Poopybutthole and his family taking a nice road trip to a secluded ranch near a lake. They walk on in and start enjoying themselves by playing some cards and sitting by the fire. Mr. Poopybutthole puts his kid to sleep over a nice bedtime story and then goes and sits with his wife. Hearts start to race when Rick pokes his head out of a portal, but he doesn't do anything to mess with Mr. Poopybutthole. Instead, he watches and nods in approval as if he is checking on him to make sure he's alright. 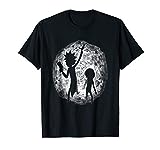