In almost half a decade, NASA's Mars 2020 rover has taken to the streets and successfully completed its first drive.

While the rover didn't literally take to the public streets, it did successfully complete a driving test where it steered and drive in three-foot increments. The initial driving took the rover over small ramps that were covered in special static-control mats. The ramps were at different heights, as this was a way for the rover to simulate rocks and other obstacles that will be present on Mars' surface.

The team behind the rover has equipped the vehicle with much better cameras that have a larger field of view and have a higher resolution. Not only does the rover get better cameras, but its also being equipped with better auto-navigation software that will allow the rover to travel up to 650 feet per day. NASA expects that the rover will land on Mars in 2021 and begin its search for life and information regarding Mars.

Rich Rieber, the project's lead mobility systems engineer said, "The test unambiguously proved that the rover can operate under its own weight and demonstrated many of the autonomous-navigation functions for the first time. This is a major milestone for Mars 2020." He also said that the rover "earned its driver's license." 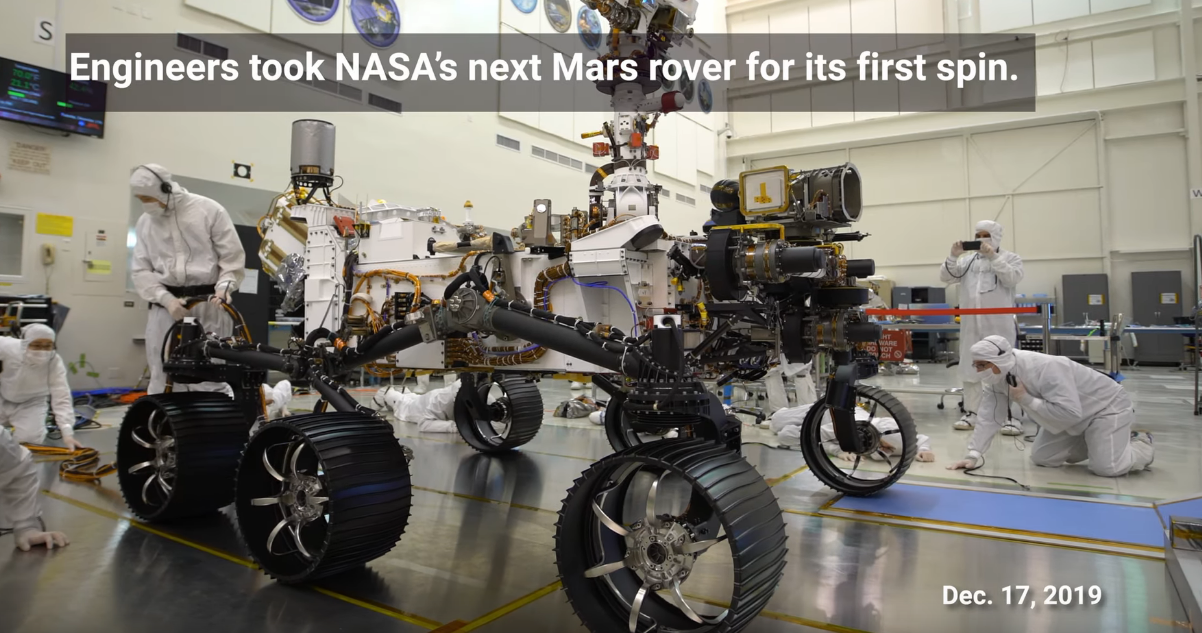