The Epilepsy Foundation has filed an official criminal complaint with law enforcement agencies for what they consider as attacks on users with epilepsy. According to the report, Twitter trolls have been using the Epilepsy Foundation Twitter handle as a way of distributing flashing videos or strobing lights to a number of people with epilepsy. The Epilepsy Foundation says that these posts, which are photosensitive visual patterns, were posted to trigger epileptic people into seizures.

Jacqueline French, M.D., chief medical and innovation officer of the Epilepsy Foundation and professor of Neurology at NYU Langone Health's Comprehensive Epilepsy Center said, "Flashing lights at certain intensities or certain visual patterns can trigger seizures in those with photosensitive epilepsy. While the population of those with photosensitive epilepsy is small, the impact can be quite serious. Many are not even aware they have photosensitivity until they have a seizure."

Allison Nichol, Esq., director of legal advocacy for the Epilepsy Foundation, also said that these attacks are no different than a person walking into a photosensitive person's home holding a strobe light. She also went on to explain that Twitter is one the biggest places of public gathering and that since the posts occurred during the National Epilepsy Awareness Month, it really does highlight the intent behind them.

Nichol also says, "The Foundation is fully cooperating with law enforcement and intends to utilize all available avenues to ensure that those responsible are held fully accountable." 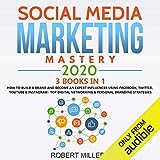