Well, YouTuber David Dobrick decided to do the giving away and became Santa Claus for one day to give random strangers thousands of dollars. At about 2:20 into the video, Dobrick is with fellow YouTuber Erin Gilfoy, and he asks her how she found "the one", she replies that she found "the one" via a dating app Bumble. Dobrick then calls Bumble, and the guy who controls the apps monetary funds picks up the phone.

Dobrick says that he will keep Gilfoy's statement in his video if they give him an undisclosed amount of money. The amount that was offered seemed sufficient to Dobrick as the next shot we see of him is him running out of a bank and falling onto his car with literal bundles of cash. Dobrick then proceeds to give random amounts of money to strangers, donating large tips to a donut lady, buying out all the flowers to a flower shop, and giving away huge amounts of iPads to children. 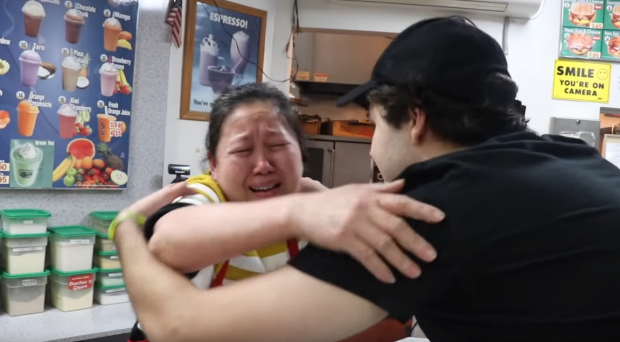