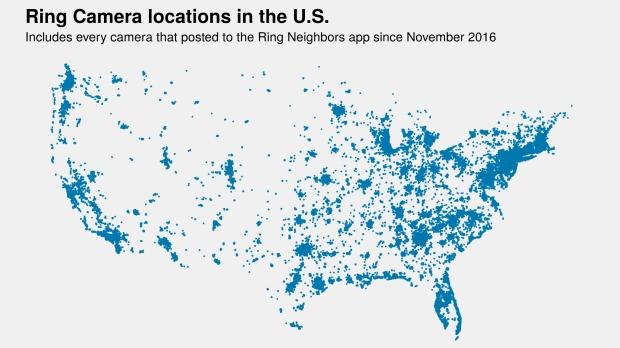 The site gathered the data over a 30-day period where they were connected to nearly 65,800 individual posts shared by Ring's associated app Neighbors. The 65,800+ strong posts included 500 days of history, something that included hidden geographic data like latitude and longitude with up to 6 decimal points of precision -- as Gizmodo puts it "accurate enough to pinpoint roughly a square inch of ground".