A United States congressman has pleaded guilty to knowingly stealing campaign funds and spending it on his personal enjoyment. 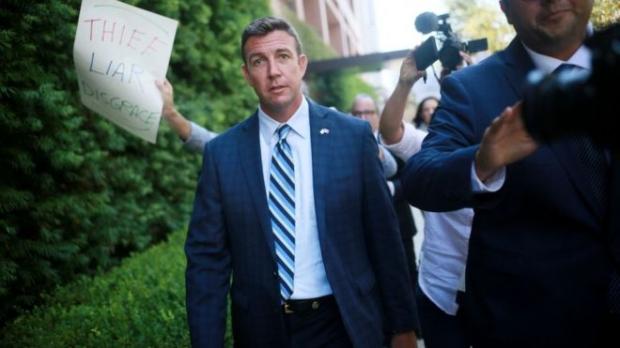 Duncan Hunter, Republican representative from California, known for his vaping antics while on the job, has pleaded guilty to stealing campaign funds. These funds were used to pay for leisure activities for his own personal benefit. These activities included; buying video games, buying plane tickets for his pet rabbits (what...), and maintaining a lavish lifestyle with his wife. Attorney's Office for the Southern District of California said that Hunter admitted to this act.

Here's what they said, "[Hunter] knowingly and willfully stole hundreds of thousands of dollars in campaign funds that he and his wife used to maintain their lifestyle." Hunter said that between the years of 2010 and 2016 more than $150,000 of campaign funds were used for him and his families "personal use and enjoyment." Hunter has been charged with conspiracy to steal campaign funds, which has a maximum penalty of five years in prison and a $250,000 fine. His sentencing has been scheduled for March 17th, 2020.