Real-time strategy games aren't nearly as popular as what they used to be, so what will Age of Empires IV have that will pull in new gamers and keep them there?

During an interview with Adam Isgreen, the creative director of the Age of Empires franchise, the question was brought up about how Age 4 will attract new players and keep them there. Isgreen says, that a lot of what Relic is doing is concentrating around the campaigns, and what they are specifically working on has "never been done in an Age game before".

Isgreen also continues on and says that due to having more compute power available for development, they are able to implement what has been called as a "analytic-based tutorialising, and all kinds of things where we can see how players are playing and be like, 'Hey! Did you know you can do this? Or hey, this cool thing that you're not doing?'. Isgreen hopes that these new systems will bring new players in, and keep them there. If you are interested in checking out the full interview, click this link here.

Isgreen "There's a lot of things we're doing, a lot of it pivots on the things we're doing around campaigns. I will say that we're doing something completely different that's never been done in an Age game before, or - I can't think of another game where you can do what we're doing for campaigns in Age. leveraging a ton of things [...] like compute power that we have available to us now to do analytic-based tutorialising, and all kinds of things where we can see how players are playing and be like, 'Hey! Did you know you can do this? Or hey, this cool thing that you're not doing?"

"We can take advantage of all that stuff now that we couldn't before in order to bring players in." 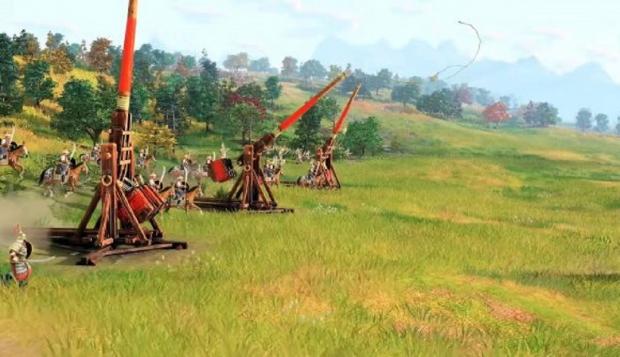