Blizzard is slashing prices on its biggest games ahead of Black Friday, including Overwatch, Diablo, and even Activision's Call of Duty. 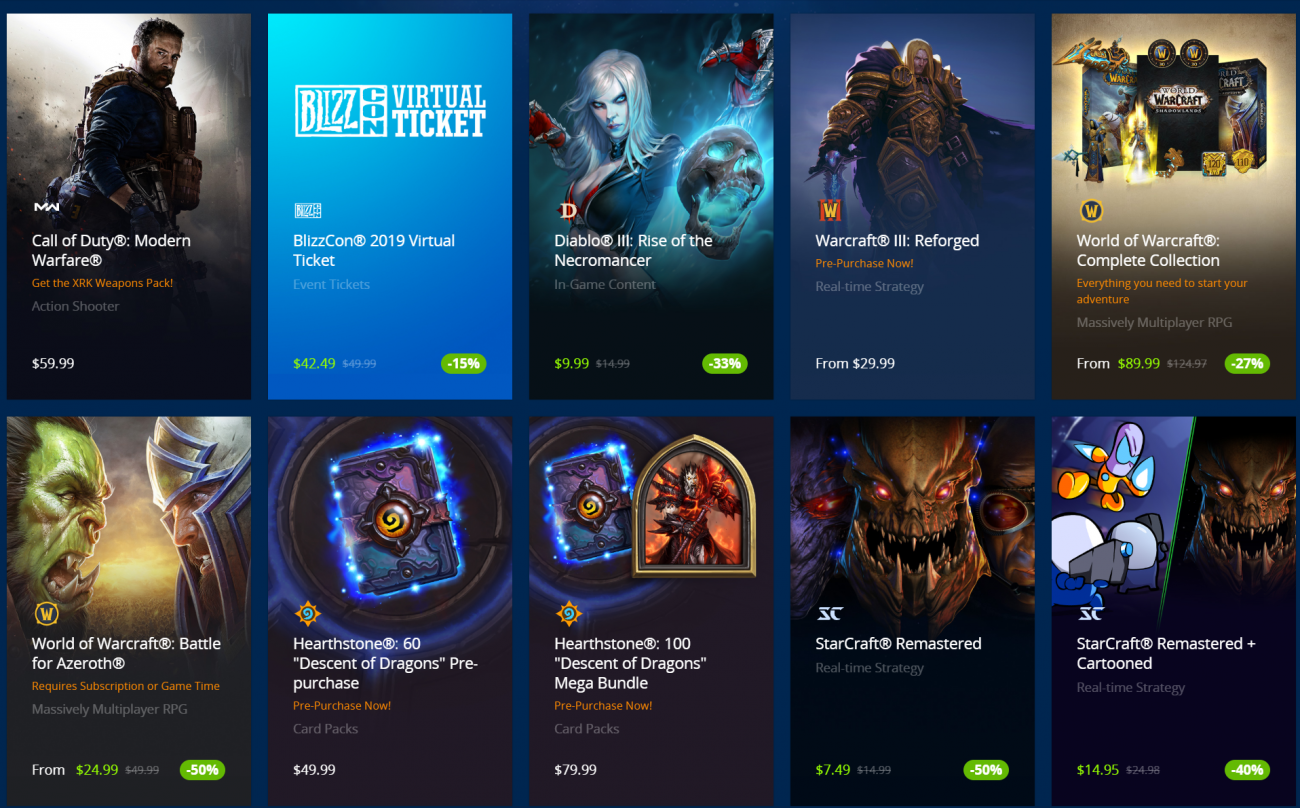 Blizzard's new Black Friday deals are now live on the Blizzard Shop, offering some decent savings on Overwatch (discounted to $15) and other games.

Battle for Azeroth is discounted to $25, which is pretty good, and Diablo III with Reaper of Souls can be had for $20, which isn't bad either.

The sale goes from now until December 2, and includes:

Overwatch -- Get 25% off Standard Edition and 50% off Legendary Edition for PC, in addition to a Free Trial from now until December 4 on PC, PS4 and Xbox One.

Heroes of the Storm - Get up to 30% off the Welcome to the Nexus Bundle and the Heroic Reinforcements Bundle, along with 33% off the 360-day Stim Pack (available in-game only).

BlizzCon 2019 Virtual Ticket - Get 15% off the Virtual Ticket, with access to replays from BlizzCon 2019, exclusive video programming, and bonus in-game items for all Blizzard franchises, including unique skins, pets, and other goodies.