So it appears Rick from Rick and Morty has the only PC capable of running Crysis -- with the recent episode of the show 'The Old Man and the Seat' seeing Rick use one of his computers to perform a "reverse digestion extrapolation"... or a sh*t analysis, in laymen's terms. 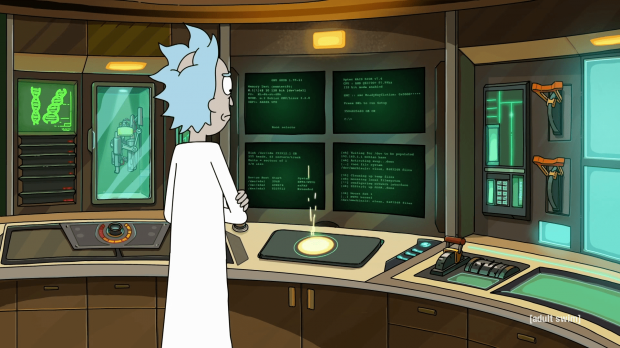 Rick boots up his system and that's when we get a look at the specs, which are pretty insane. Rick is using a 128-bit CPU from AMD, while in the real-world we're limited to 64-bit right now with consumer AMD processors. It's not out of the realm of reality but it shows that Rick has a system that far outpaces your AMD Ryzen or Intel Core CPUs.

The system has 400TB of NVMe M.2 SSDs which once again is pretty crazy, but it's not petabytes of storage while Rick has 3,584,825,480GB of RAM. Rick isn't using Windows either, as he uses a Linux-based OS in Debian.