Mortal Kombat 11 has dropped a brand new gameplay trailer, this time introducing us to an old-time character, Sindel.

Sindel, who is the evil mother of Kitana, was first introduced into Mortal Kombat back in the third installment of the game. Ever since then, Sindel has become a regular throughout the series, but didn't appear in the last game, Mortal Kombat X. Above you can find the official Sindel gameplay trailer that shows how she will be facing off against her opponents and what moves she has up her sleeve.

From the trailer, we can see that Sindel can utilize her hair to space out her opponent, combine those moves with the fact that she has a polearm, players will have a great mid to close range fighter on their hands. Sindel can also manipulate sonic waves, as seen during her fatality. Sindel will be available for $6 as apart of the $40 Kombat Pack and released on November 26th. Mortal Kombat 11 is available on Xbox One, PS4, PC, and Nintendo Switch. 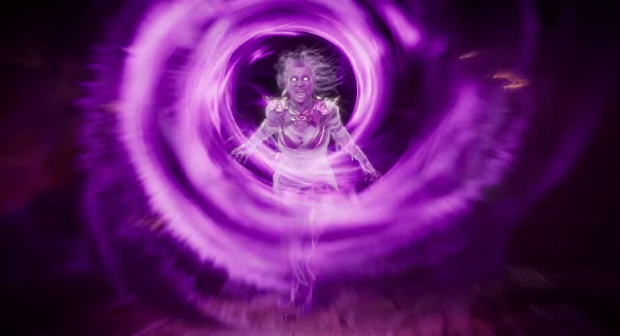