After help revolutionizing virtual reality as we know it today, John Carmack is stepping back to focus on AI. 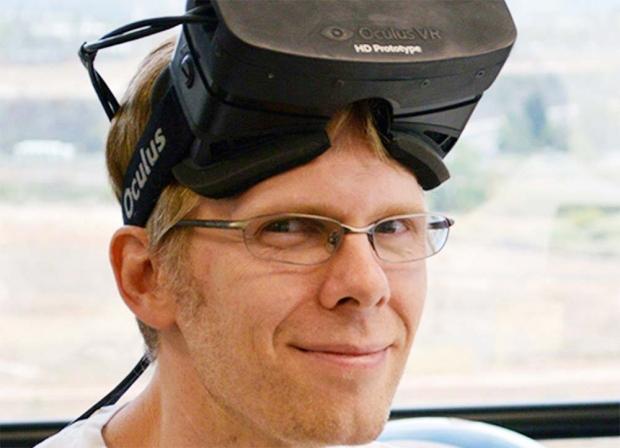 Today John Carmack announced he'll no longer be a full-time employee at Oculus, and is instead moving to a consultant Chief Technology Officer position. In this role Carmack will still have a say in future Oculus VR technology development, but he won't be as hands-on as before. This reveal comes shortly after Carmack expressed frustration in the relatively slow pace of VR's development compared to its potential.

"Starting this week, I'm moving to a "Consulting CTO" position with Oculus. I will still have a voice in the development work, but it will only be consuming a modest slice of my time," Carmack said.

The veteran game developer and technology whiz will now put most of his time towards artificial general intelligence, which is essentially teaching machines to learn like humans. Carmack will apparently do this on his own accord and may not be doing AI research for Facebook itself.

Neither Facebook nor Oculus have commented yet about Carmack's new position.

As for what I am going to be doing with the rest of my time: When I think back over everything I have done across games, aerospace, and VR, I have always felt that I had at least a vague "line of sight" to the solutions, even if they were unconventional or unproven. I have sometimes wondered how I would fare with a problem where the solution really isn't in sight. I decided that I should give it a try before I get too old.

I think it is possible, enormously valuable, and that I have a non-negligible chance of making a difference there, so by a Pascal's Mugging sort of logic, I should be working on it.

For the time being at least, I am going to be going about it "Victorian Gentleman Scientist" style, pursuing my inquiries from home, and drafting my son into the work.

Runner up for next project was cost effective nuclear fission reactors, which wouldn't have been as suitable for that style of work.