Netflix is going to be deploying a special 'skip Trump joke' button to Seth Meyers' upcoming stand-up comedy special for Netflix, Lobby Baby. If you don't want to hear the barrage of Trump jokes from Meyers, you can easily press a button.

A button like this isn't strange to Netflix as they have a very similar if not identical button when a TV show theme is playing, giving streamers the option to skip the intro -- something that comes in handy when you're binge watching a new show on Netflix. This time, it's all for Trump.

First, it sounds strange to implement a 'skip Trump joke' button in a stand-up comedy special on Netflix that will have jokes about President Trump... but the button is a joke in itself. Meyers explained to CNN: "It dawned on me that because it was on Netflix, there would be this opportunity to put in technology that would allow people to skip it. It was a way to build in the response to anyone who would say, 'Oh, let me guess there's going to be jokes about the president.'".

Netflix's director of original stand-up comedy programming, Robbie Praw, explained to CNN that the streaming giant was "thrilled" to be able to "take advantage of the Netflix experience in such a funny and innovative way".

As for Seth Meyers' new stand-up comedy special Lobby Baby, it will debut on Netflix on November 5. 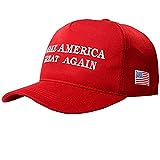