BlizzCon 2019 - Blizzard Entertainment have teased World of Warcraft fans with a new gameplay trailer detailing all of the new features to arrive in the new coming expansion "Shadowlands".

Sylvanas has killed the Lich King and claimed his powers for her own. She has also opened up a portal to the afterlife where players will be taken for the next expansion. Above we have The Features Overview trailer which gives us a look at what to expect for the next expansion gameplay-wise.

Players will be introduced to four new zones: Revendreth, Ardenweald, Maldraxxus and Bastion. Firstly, game director Ion Hazzikostas explained at BlizzCon that Revendreth is "a land of Gothic spires and dark secrets" ruled by the Covenant Venthyr. Next, Ardenweald takes players to a "enchanted mystical forest" controlled by the Night Fae. Madraxxus is a stronghold for the Shadowlands military, controlled by Necrolord. Lastly, Bastion is ruled by Kyrian and the location is for the "ordered and purposeful" who are looking to "shed past burdens and seek virtue".

World of Warcraft: Shadowlands doesn't have a solid release date as of yet, all we know is that it will debut sometime next year. 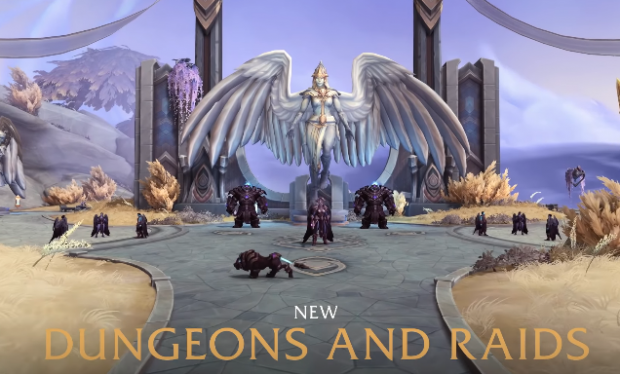