Spotify is back at it again with another giveaway, this time round they will be handing out free Google Home Minis to all new and old Spotify Premium subscribers.

Spotify has said that these giveaways will only be occuring to Premium subscribers in the United States and will only happen "while supplies last". It seems that as Google is gearing up for the release of the Nest Mini, they have selected Spotify to clear out the 'old stock' of the previous generation. But who doesn't like free stuff right?

The partnership between Google and Spotify to get more smart home devices out into the public is certainly a beneficiary idea, as both companies are working towards accessibility in the fashion of getting users the music they want when they want it. As Assistants progress in technology and become even better, more users will be more inclined to purchase a smart home system. Especially if Spotify and other music streaming applications are abundantly producing reliably good music. All Spotify and Google are doing is getting out ahead of the curve. 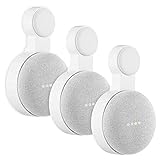