Epic Games is celebrating Halloween for the first time ever since their release, and to do that the company is slashing prices for a large selection of games. 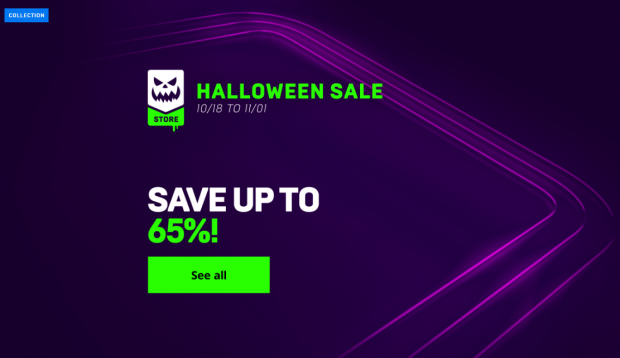 Epic hasn't just honed in on a specific genre of games to reduce pricing on, they have instead decided to hit almost every genre and diversify their sales catalog so everyone has a bit of something to enjoy. World War Z, Control, Beyond: Two Souls, Hades, Heavy Rain and The Walking Dead: The Telltale Series are just some of the titles Epic has got discounted.

If you aren't really into the titles mentioned above, Epic also has Darksiders III for half-price, Rainbow Six Siege for quarter of its normal price and For Honor heavily discounted. Not to mention the likes of Alan Wake being extremely cheap, Limbo and a large selection of The Walking Dead Telltale Games slashed. If you are interested in picking up some new titles this Halloween check out this link here.