Admit it -- you've always wanted to see what a Tesla vehicle would look like in a crash test environment, and now you've got your chance.

Tesla has provided an insider look at its internal Crash Lab, where it crashes its electric vehicles to find out how it can make its vehicles even safer. Before using actual Model 3 vehicles, Tesla Motors will (like any other automaker) use computer modeling to find issues with its cars before smashing them at high speeds into walls.

Tesla's latest Model 3 has specially-designed front passenger airbags that in the case of an accident, will wrap the passenger in the airbag to keep them from smashing into the interior of the Model 3. Tesla claims that its Model 3 vehicle is one of "the safest cars on the road". 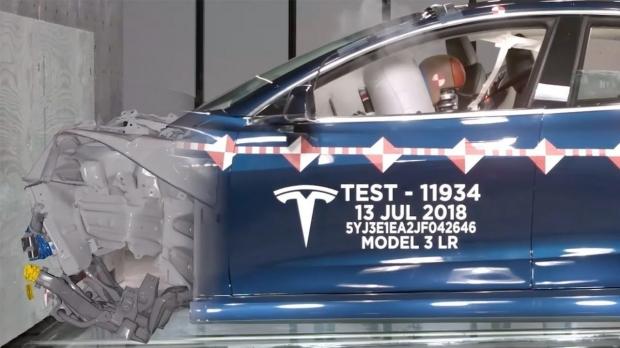