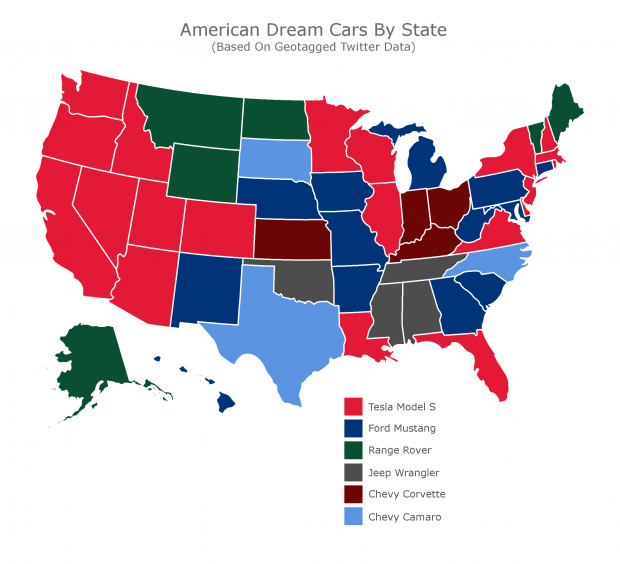 Above we have a map that shows geotagged Twitter data that has been scraped over the past three months (July to now). The data was collected by Autowise through tracking any mentions of "dream car" or #dreamcar. Then the data was organized into what car is most wanted by each state, the results are what you see above.

According to Autowise's data, six cars dominated conversations; Tesla Model S, Ford Mustang, Range Rover, Jeep Wrangler, Chevy Corvette and Chevy Camaro. The Tesla Model S absolutely dominated the scene with 20 states saying that this car was their dream car. Coming in at second place we have the Ford Mustang with 13 states, and following not-so-closely behind is the Range Rover with 6 states.