Sony's goofy PlayStation 1 classic MediEvil is getting resurrected with a brand new remaster, and now all PS4 gamers can try it out.

Game demos are pretty rare these days, so when they come out it's actually a treat. Sony just released a new MediEvil demo so both new and veteran PS gamers can sample its schlocky Halloween charm while experiencing that old-school PlayStation goodness. It's almost like those early days when demo discs came in packaged video game magazines (both of which are practically extinct now).

The MediEvil demo is kinda beefy, clocking in at 11GB and featuring the first two levels of the game--Dan's Crypt and The Graveyard. It's aptly called short-lived and will only be available until October 6, so be sure to grab it asap. Everyone who plays the demo can unlock a special helm that carries over to the final game.

MediEvil recently went gold and is fully finished and ready to be shipped. Developed by Other Ocean's Emeryville branch, MediEvil is a full remaster of the original game with 4K visuals that don't compromise the original look, feel, and tones of the spooky slasher. It's basically one of the quintessential Halloween games and will release right in time for All Hallow's Eve on October 25, 2019 exclusively on PlayStation 4. 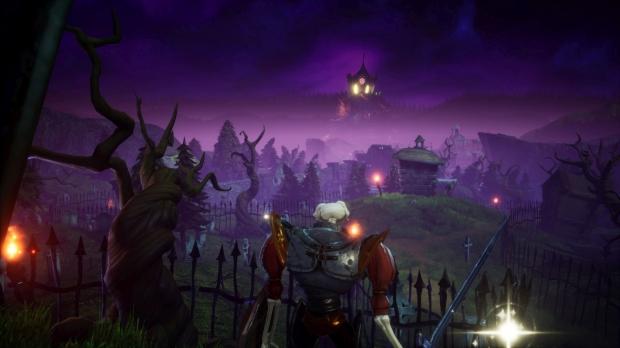