AMD is in hot water over a marketing video that hit YouTube, which claims its Ryzen PRO is capable of smashing 5GHz -- which, it simply cannot do. Check out the video below, with the mistake happening at 1:34 in the video:

The video is going to confuse people, and it's hard to see how this got through all of the checks and balances it would go through at AMD before being uploaded to YouTube. Most people, including reviewers, find their Zen 2-based CPUs falling somewhere between 4.0-4.3GHz -- nowhere near 5GHz - unless crazy LN2 cooling is thrown into the mix. 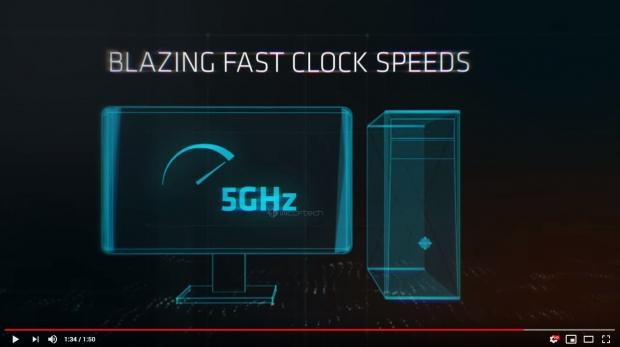