It looks like YouTube algorithms are going on the fritz, with its automated system flagging and taking down a bunch of videos of robots fighting and mistaking it for animal cruelty. 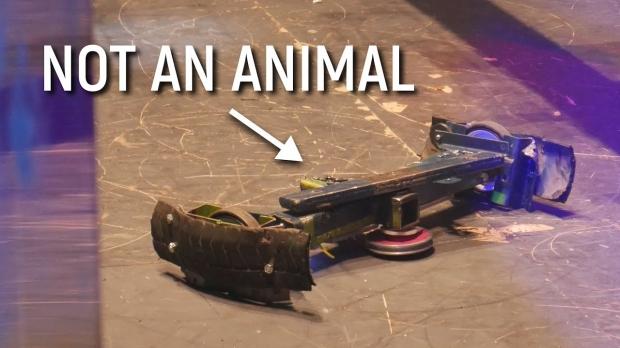 Some of the videos, of which included BattleBots contestants, were taken down with a message that read: "Content that displays the deliberate infliction of animal suffering or the forcing of animals to fight is not allowed on YouTube".

It's funny... a robot (AI) thinking that two robots (like itself) fighting is animal cruelty. Does this mean YouTube's AI is growing empathy, and doesn't like to see one of its own being battled to the death? Maybe.

Engadget talked with a YouTube spokesperson who explained: "With the massive volume of videos on our site, sometimes we make the wrong call. When it's brought to our attention that a video has been removed mistakenly, we act quickly to reinstate it. We also offer uploaders the ability to appeal removals and we will re-review the content".