Gamescom 2019 - Bandai Namco has shined a new light on their One Punch Man game 'A Hero Nobody Knows' and how combat will involved within the games story.

If you already know One Punch Man, you would understand that building a game purely around the premise of a character being able to one-shot any foe they encounter would be difficult. How do you overcome this problem without taking the key part of One Punch Man's greatness away? Introduce a mechanic that forces players to stall out fights until the hero arrives.

Bandai Namco will be rewarding players who achieve perfect blocks and combos with shaved off Saitama arrival time. Players will fight a range of different characters and they will also be able to enjoy the likes of 3v3 fights if they so choose to. Other characters that have been revealed are: Terrible Tornado, Silverfang, and Atomic Samurai. One Punch Man: A Hero Nobody Knows currently doesn't have a solid release date stuck to it yet, but we do know its headed to the Xbox One, PS4 and PC. 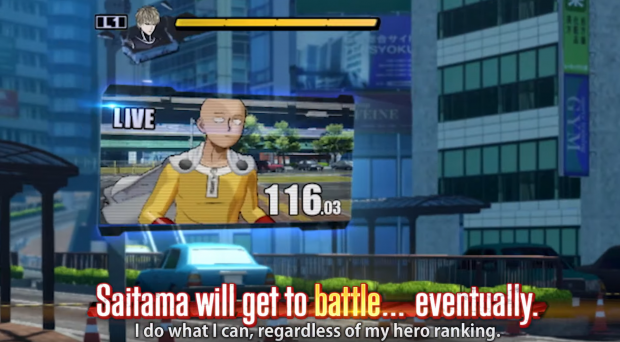