Sony hasn't fully unveiled its next-gen PlayStation 5 console just yet, but according to the latest news the company could use an interesting - and I think super kick ass V-shaped ventilation system. I'd want a futuristic PS5 with a V-shaped cooler if the PlayStation 5 is going to cost $1050 like rumors suggest. 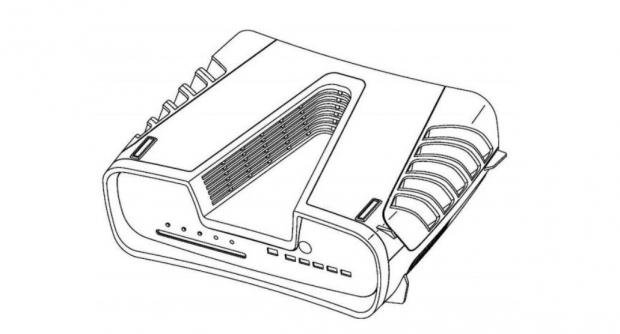 The new patent was applied for in May, and was registered by Sony on August 13 as an electrical device. The patent shows a V-shaped ventilation system on something that looks like a console. We can see an optical disk drive at the bottom, with what looks to be 5 separate USB (3.0) ports and a power button above them.

The last we heard on the PS5 is that its Navi GPU would be clocked at a high 2GHz, delivering GeForce RTX 2080 levels of performance. It has caused quite a stir, but with 8K video playback abilities, ray tracing included, and 4K 60FPS gaming -- did you think we'd get anything less?