Gamescom 2019 - Illfonic is making a new Predator game that perfectly captures the suspenseful, clastrophobic chaos of the 1987 Arnold Schwarzenegger film.

Predator: Hunting Grounds looks to be the ultimate Predator game. It's essentially Friday the 13th but with a different setting, skin, and action-based FPS chaos. Set in the legendary Fox franchise, and follows a simple premise: four elite Army Rangers who go into the jungle and encounter the universe's perfect hunter, and get picked off one by one.

The new Predator game isn't narrative-focused though, not really. It's a PVPVE online multiplayer game where a team of four go up against the Predator and its interstellar arsenal complete with active camo, heat vision, and pulse cannons. The Rangers complete missions and take on other human rebels in firefights, all while being hunted by the Predator. The Rangers see through a first-person shooter view complete with crosshairs and HUD indicators, but the Predator can switch between third-person and first-person

"We really didn't even have to think about it, or brainstorm it, we all just knew instantly what the game was. It's 4v1, four fireteam members and they're going through the jungle doing missions kind of like the 1987 film, and then the Predator is hunting the fireteam. It's kind of a hunt becomes the hunted type moment," Illfonic CEO Charles Brungardt said.

"Balancing is always something we're doing until the finish line, it's really fun to play both as the predator and as the team. Right now there's just tons of competition in the office and we have a lot of fun with it."

Predator: Hunting Grounds is an immersive asymmetrical shooter set in remote areas around the world, where the Predator stalks the most challenging prey. Play as a member of an elite Fireteam and complete paramilitary operations before the Predator finds you. Or, play as the Predator to hunt the most worthy prey, choosing from your vast array of deadly alien tech to collect your trophies, one by one. 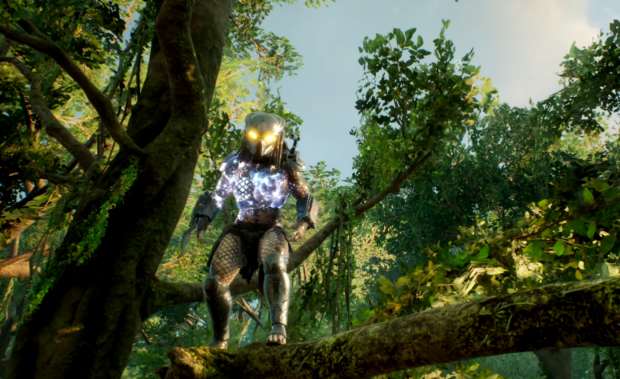