Scientists have observed a recent neutron star phenomenon and have deemed it a 'glitch'. It seems that computers and technology aren't the only things that can freak out for no apparent reason. 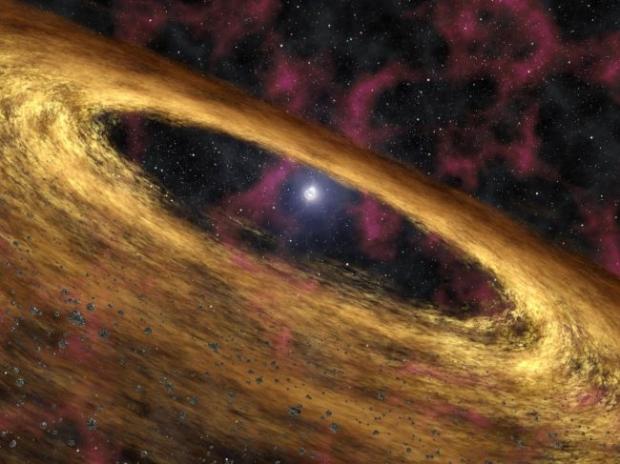 Researchers who published a paper in the Nature Astronomy journal observed a neutron star called Vela glitching out for a short period of time. For those that don't know, neutron stars a fast-spinning corpses of once giant stars, they harbor about 1.5 times the mass of the sun and are much smaller in diameter. These stars are known to "glitch" out every now and again, this 'glitching' causes the star to slow down its rotation speed, then speed it up and then return back to normal speed.

According to the paper, Vela's normal spin speed is 11 times per second but in 2016 it was caught speeding up. Researchers discovered that Vela's spin has three phases, the first being the slowing down of the spin speed, then the speeding up phase and then a return to its normal speed. Researchers have also tried to determine the components that cause these three phases to occur and ultimately the "glitch" to happen. The components are: a crust of ions connected in a lattice pattern, a roiling "soup" of neutrons inside the stars inner crust and a extremely dense core consisting of protons, neutrons and more particles.

One theory behind the glitch occurring is that the soupy center layer of the star attaches itself to the slower-moving crust which results in a transfer of momentum outward, increases overall spin speed. After a few seconds, the stars core fluid grabs onto the middle layer which slows everything back down again to normal speed.

Greg Ashton, an assistant lecturer at Monash University in Melbourne, Australia and the lead author on the paper said "We actually have no idea why this is."