If you are a Nintendo Switch owner and looking to get a Switch Pro Controller, and you are a Spyro fan, then you are in luck as a Spyro themed Pro Controller has just hit the market. 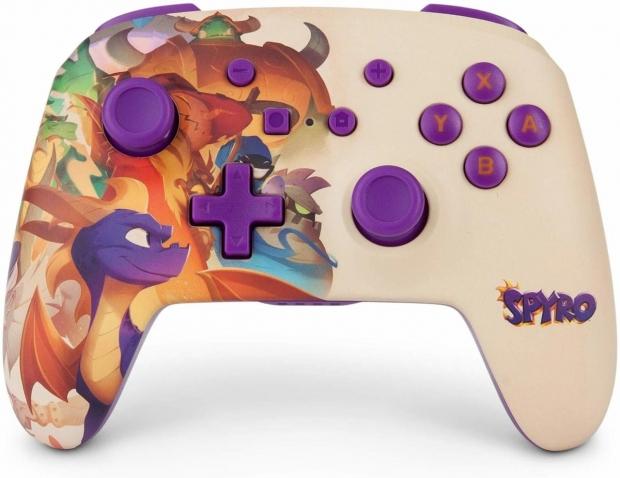 PowerA has just announced the wireless Spyro-themed Nintendo Switch Pro Controller, and it's an officially licensed Nintendo product. The controller has the ability of mapping the two triggers on the back of the controller, while also featuring Bluetooth connectivity but no NFC compatibility.

This controller will require two AA batteries and is expected to give users up to 30 hours of gaming pleasure. This controller announcement directly corresponds to the release of the Spyro Reignited Trilogy on the Nintendo Switch planned for the 3rd of September. If you are interested in this controller and want to make your Spyro expereince just that much better on your Nintendo Switch then head on over to Amazon here. 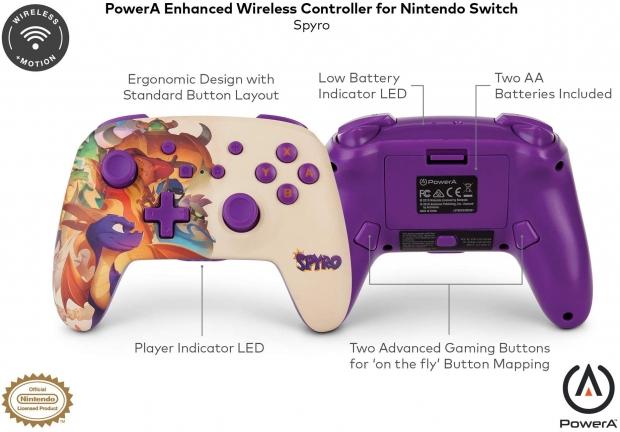