Intel has just announced a slew of new 10th-gen CPUs and will pack the most powerful integrated graphics in any thin-and-light notebook PC, which is a bold claim considering the power that Qualcomm throws around with Snapdragon 8cx. 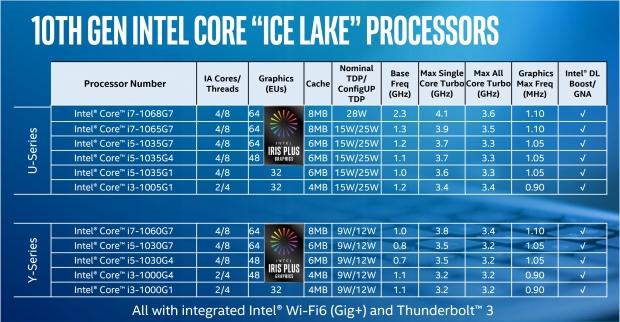 We have 11 processors in total with most of the spread of CPUs packing 4C/8T, with TDPs of 9W, 15W, and 28W. We're looking at CPU clocks between 700MHz and 2.3GHz, while 4.1GHz is the peak single-core turbo frequency. 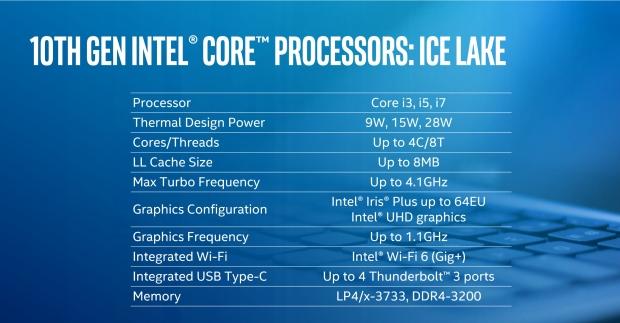 There will still be the same Core i3, Core i5, and Core i7 families of processors, so we'll be seeing the Coppre i3-1000G1 through to the Core i7-1068G7. Each part of the name in the new 10th-gen CPUs has something behind it, with Intel breaking it down: