Tesla cars already have some really cool features and now there is some more apps teed up to soon be released on the electric cars. Tesla owners will soon be able to enjoy Netflix and YouTube in their glorious surround sound.

The CEO of Tesla, Elon Musk announced on his official Twitter account that Tesla's will soon gain the "Ability to stream YouTube & Netflix when car is stopped". It is unclear when these new video streaming services will be hit Tesla's, but Musks notes that when they do the apps will be incredibly immersive and create a "cinematic feel due to the comfy seats & surround sound audio."

Even though Musk says that YouTube and Netflix will only be available when the car is stopped, he does mention inside the Twitter thread that "When full self-driving is approved by regulators, we will enable video while moving". At first this inclusion of video streaming in a car seems like it could cause potential dangers for drives on a distraction level, especially if its being used while the driver is in motion. When used responsibly though, such as waiting to pick up a friend from a location, video streaming really could be a great way to pass the time comfortably and enjoyably. 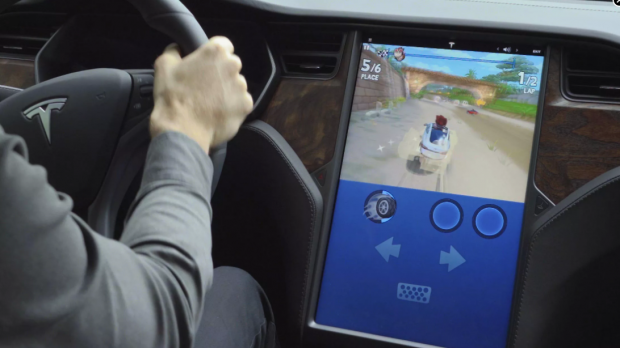