Toyota has released a new video showcasing their next-gen lunar rover they have planned for manufacturing. The rover will be pressurized and will be able to house astronauts for some period of time.

In the above video which was been released onto the Toyota Motor Corporation YouTube Channel, we are introduced to the rover project that is a collaboration between The Japan Aerospace Exploration Agency (JAXA) and Toyota. From the video we learn that the rover will use electric fuel cell technology and be equipped with solar panels to power its journeys across the moons surface.

The rover plans also include the ability of astronauts being able to live inside the rover for select amounts of time. The astronauts will also be able to remove their space suits as the inside of the rover will be pressurized. Toyota and JAXA expect that the rover will have a total lunar-surface cruising range of more than 10,000km, which is quite a feat when you consider that the total circumferance of the moons surface is just over 10,900km.

According to JAXA President, Hiroshi Yamakawa: "Manned rovers with pressurized cabins are an element that will play an important role in full-fledged exploration and use of the lunar surface."

Shigeki Terashi, Toyota Executive Vice President "As an engineer, there is no greater joy than being able to participate in such a lunar project by way of Toyota's car-making and, furthermore, by way of our technologies related to electrified vehicles, such as fuel cell batteries, and our technologies related to autonomous and automated driving. I am filled with great excitement."

The roadmap that has been agreed upon by Toyota by JAXA: 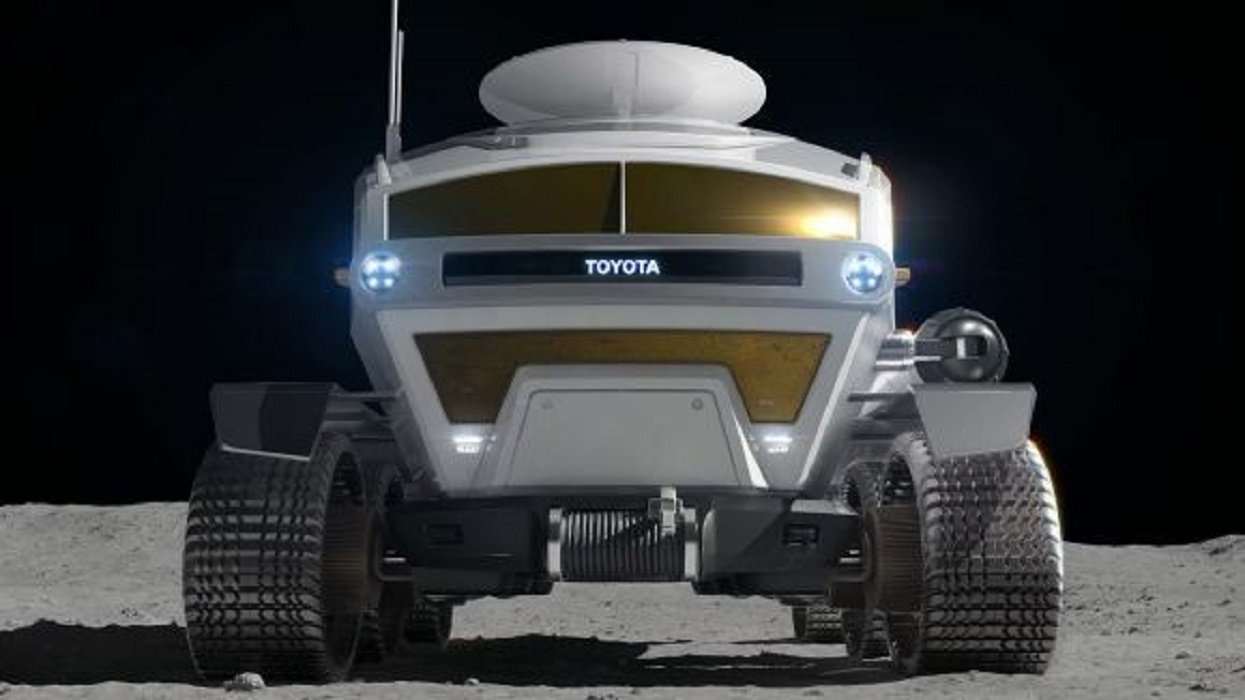