In the market for a PS4 Pro? Pull the trigger on this Prime Day Deal and grab a console and two great games for $300. 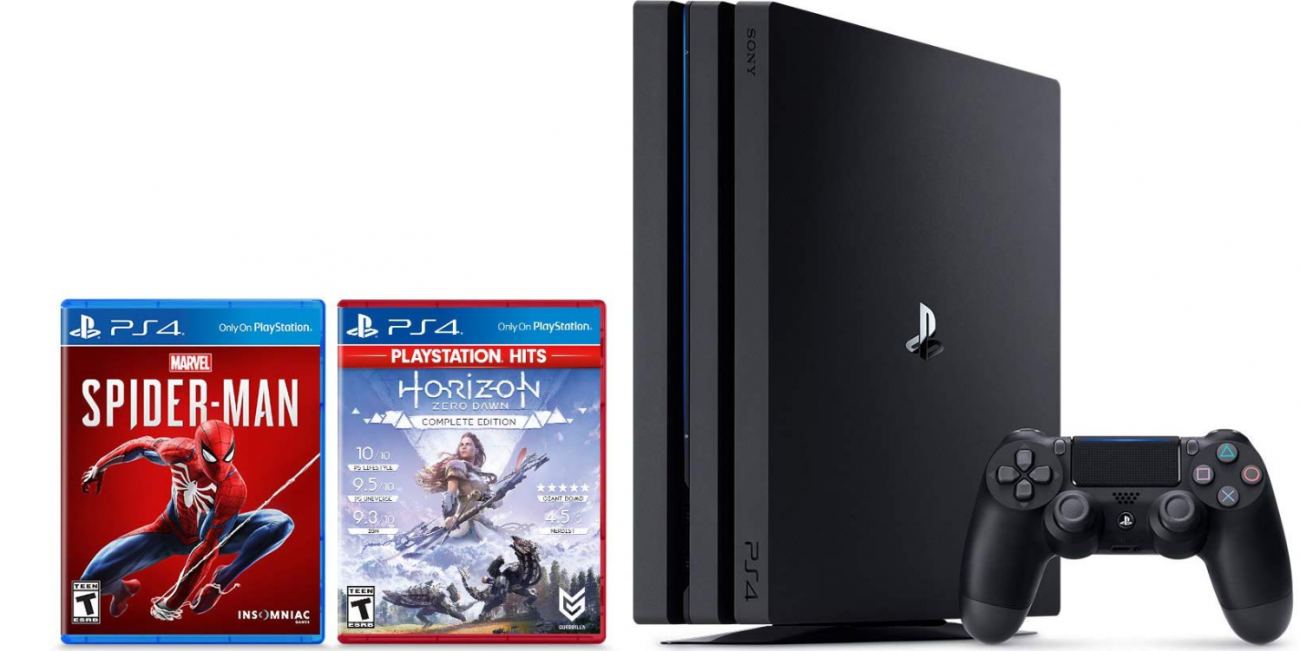 Amazon's Prime Day Deals shaves a cool $100 off the PS4 Pro and bundles two of the platform's most lauded titles: Guerrilla's detailed fantasy epic Horizon: Zero Dawn with all its mech dinosaurs, and Insomniac's immensely authentic webslinging Spider-Man adaptation. This discount comes a year or so before Sony's next-gen PS5, which is expected to release in 2020 with insane specs, but there's still plenty of reasons to pick up a PS4 (especially since the PS5 will probably be expensive).

Remember you don't need a 4K HDR TV for the system. Games with PS4 Pro enhancements also improve performance and visuals on HDTVs, including supersampling graphics for 1080p displays as well as frame rate optimizations. Games can run up to 1080p 60FPS on the PS4 Pro and typically hit 4K 30FPS on UHD displays.

Also remember Sony isn't going to instantly ditch the PS4 when the PS5 releases. The older systems, which will have sold more than 100 million units at that time, will live alongside the next-gen PS5 for years to come.

In fact, the PS5 will also play all existing PS4 games via full native backward compatibility.

Click the link at the bottom of the page to see the deal (disclosure: we receive a small portion of the proceeds from these sales).