Alienware co-founder, Vice President and General Manager Frank Azor announced he was leaving the company for unknown adventures, but now WCCFTech is reporting that Azor has joined AMD as its freshly minted Chief Gaming Officer. 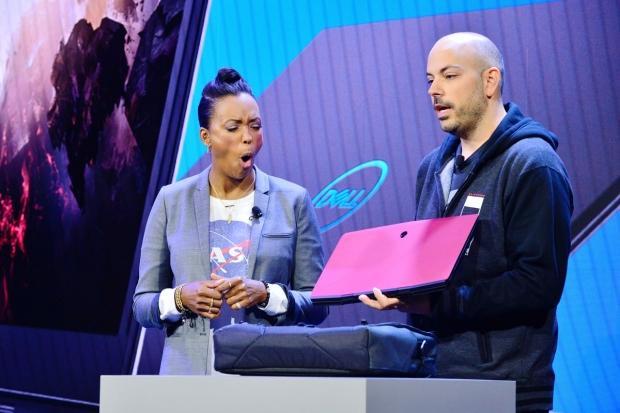 Azor recently tweeted that he would be leaving Dell "as of July 3 to take on a new challenge", adding: "A little over 21 years ago, I met a couple of lunatics who had an idea they called Alienware. When I met them and learned about the company they were trying to build, I thought to myself, "This would be the coolest job ever." I was right, but none of us ever dreamed the brand would come this far - which is a result of all of you, your hard work and passion".

He added: "So, yes, leaving is hard. But I do so with confidence knowing the talent here is the industry's best and will take this business even farther. Love, Frank Azor".

The suggestion that Azor is leaving Alienware for AMD is an exciting one, as he could lead a much more energized push towards getting Ryzen and Radeon products owning a much bigger respective market share. Radeon is about to have its second wind under Navi and the 7nm node, while Ryzen is already kicking ass and taking names in the CPU business.

Azor could possibly spearhead an AMD-only gaming PC in the likes of Project Quantum as WCCFTech suggests, which was something AMD teased that everybody wanted, and knew would never materialize. Project Quantum packed dual Fiji GPUs (Fury X) with up to 17 TFLOPs of compute performance, all in something that looked like an out-of-this-world gaming PC.

He could also purely lead something totally new as Chief Gaming Officer, which is what I'm leaning towards. Azor did an incredible job building Alienware, but imagine what he could do with more resources and actual day-to-day with Ryzen and Radeon prodsucts as well as other OEMs and game developers -- undoubtedly more than Alienware ever did. This is what excites me.