Valve announced Steam's new UI changes months ago and the renders they showed looked pretty good. But the reality might be quite different. 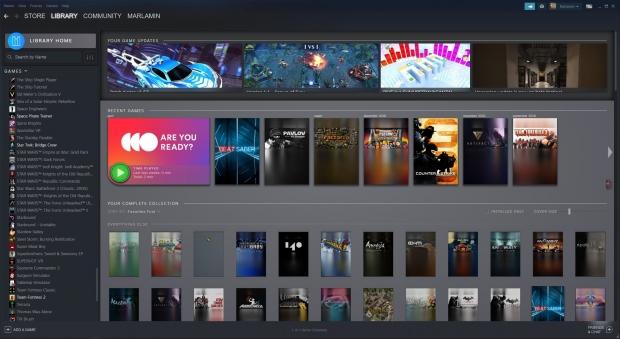 Steam's new library and UI setup may have leaked out ahead of schedule and the results aren't that pretty. Steam Database spotted the new interface changes as part of a new CS:GO update in China and uploaded some snaps online, showing some marked changes.

The Steam's UI is now a list-and-visual combo, showing a series of VHS-esque panes reminiscent of Twitch's games library. These vertical slices look rather wonky simply because the images aren't formatted properly. Sure it's tidier than Steam's current setup but leaves a lot to be desired. Valve will likely play around with it before the UI is officially launched.