It was the start of April we first heard about a new upcoming zombie killing filled movie starring Star Wars villain actor Adam Driver and the legendary Bill Murray. The movie is titled 'The Dead Don't Die' and gives quite a unique comedic spin on a zombie apocalypse.

Focus Features has released a brand new red band trailer for the upcoming movie directed by Jim Jarmusch. Adam Driver and Bill Murray might be the center focus for the movie, but the supporting cast is a force to be reckoned with as well. Other actors that will be in The Dead Don't Die are as follows; Chloë Sevigny, Tilda Swinton, Steve Buscemi, Austin Butler, Selena Gomez, Rosie Perez, RZA, Caleb Landry Jones, Carol Kane, Tom Waits, Iggy Pop and Danny Glover.

The Dead Don't Die is a deadpan comedy mixed with some zombie fueled action, and combined with some horror humor. According to First Showing, there has been some early reviews for the movie and they have reported that the film is "more of Jarmusch's angry take on how messed up the world is, and isn't as much of a zombie film as this trailer portrays it". While this does sound quite disappointing, keep in mind these are still early reviews and an open mind should always be forefront when coming into a brand new movie. The Dead Don't Die is planned for release on June 14th. 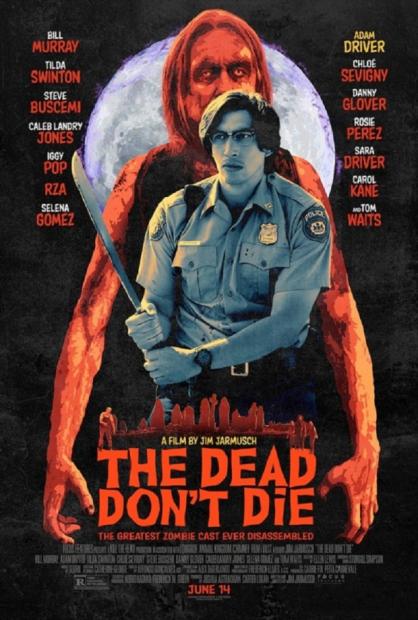