Now that Nintendo has finished their Super Mario Maker 2 dedicated Nintendo Direct, we can sit down and compile each of the new features the upcoming game has has in-store for players.

Yesterday I reported on Nintendo announcing that there would be a Direct dedicated to the upcoming sequel of Super Mario Maker, Super Mario Maker 2. We previously have had some new features showcased to us but now Nintendo has done a deep dive into what is new about the coming game and what has been improved since the last one.

Just to summarize things to make it a bit easier, Super Mario Maker 2 will comes with a ton of new features, some include; Super Mario 3D World style, a multitude of new building and customization options, co-op and versus multiplayer and many more online tools. A full features list has been compiled within the entirety of this post, for more information head on over to the official Super Mario Maker 2 Nintendo eShop listing here.

Super Mario Maker 2 will be launching on June 28th exclusively for the Nintendo Switch. 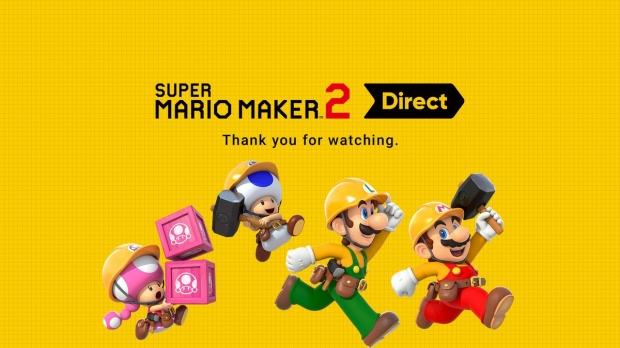