Sony announced at NAB 2019 (National Association of Broadcasters) that it has developed a new screen that rocks a native 16K resolution and uses its in-house Crystal LED technology. The screen in question is absolutely mammoth with it coming in at 63 feet (19m) long and 17 feet (5.4m) high, with a diagonal of 783 inches which means it's bigger than a bus.

Strategy Analytics analyst David Mercer told the BBC: "These displays are incredibly impressive in person - even 8K on a big display is almost mesmerising. When you get to this resolution it delivers almost a quasi-virtual reality experience as your eyes perceive there to be depth to the content". 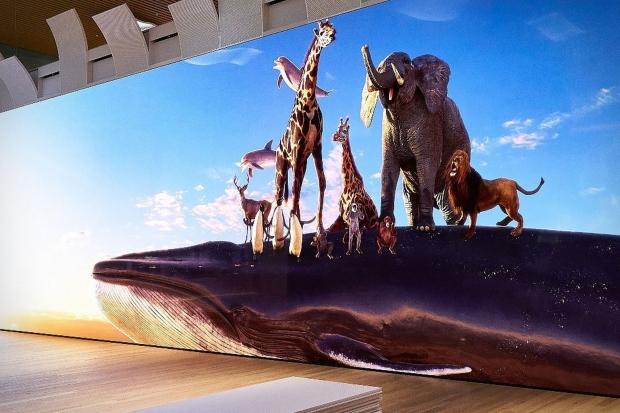