Yoshi's Crafted World has recently been released onto the Nintendo Switch and what better way to celebrate the launch than with an informative overview trailer.

The new trailer which has been released onto th Nintendo YouTube Channel gives players and idea of what they will be stepping into if they decide to pick up Yoshi's Crafted World. From the trailer we learn a variety of different ways players will be able to traverse each of the levels, players will be able to throw eggs to unlock secret areas, collect items, overcome enemies and moderately difficult puzzles.

Throughout the video we learn that players will also be using Yoshi to craft the world around him. We see in the video that Yoshi crafts together a train, he also manipulate magnets, and even use weights to change the levels to find hidden items. Yoshi's Crafted World also comes with co-op play, so players that want to enjoy the crafted experience of Yoshi's Crafted World can do so with a friend. For more information about Yoshi's Crafted World, visit the official Nintendo eShop listing here. 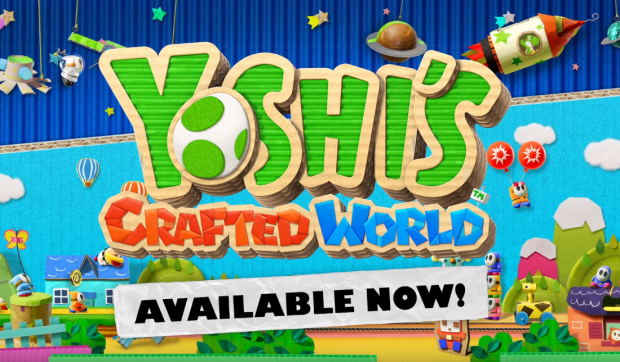