NVIDIA has just lost a major player on its team with director of technical marketing Tom Peterson leaving the company after nearly 15 years with Team Green. 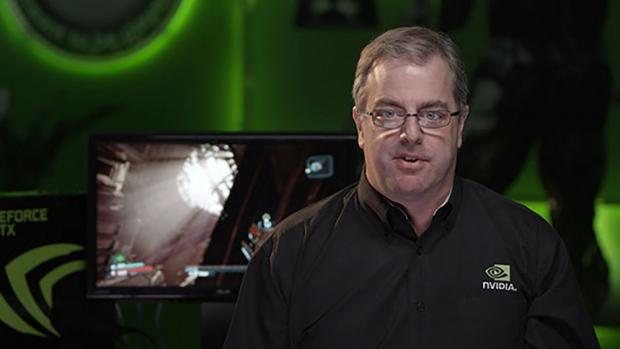 Petersen announced the news on his personal Facebook account, where he said: "Today was my last day as an NVIDIA employee. I'll miss them. They carried me through some tough times and I am eternally grateful".

Rumor has it that Petersen has left for Intel, which has been vacuuming up talent with no remorse. WCCFTech is reporting from their own sources that Petersen is joining Intel as an Engineering Fellow and will be "reporting to Ari Rauch". Their report continues saying that Petersen will be responsible for "defining and delivering on the quintessential gaming experience - something Intel is going to be very particular about going forward".

Petersen has been a beacon of tech awesomeness while at NVIDIA, and every single event I've been to I've been drawn to his open and friendly personality, as well as geeking out anytime you hang with him. He's a super friendly, super awesome guy who is a geek at heart.

I truly wish him all the best, wherever he lands and if that's at Intel... see you soon, mate.