EA recently updated its Origin app which now include the required asset files for the Battle Pass to Apex Legends which will kick off its first season, with @RealApexNews on Twitter tweeted out that @OriginInsider "accidentally added this image there. So the text might be real too".

After the tweet, Respawn community manager Jay Frechette said on Reddit that it is "not coming out today". Frechette addressed the various amounts of datamining that has happened with Apex since its launch, reiterating that "you should not treat any of that info as a source of truth. There's stuff in there that is very old, or things we've tried in the past and cut--remember our design process is to prototype and play lots of ideas--and some of it may be things we're still building for Apex Legends".

Frechette added: "Finding this stuff by no means confirms that it'll ever come out. At best you should treat any posts about this as a rumor and the real info will come from us when we're ready to show off what's coming next". 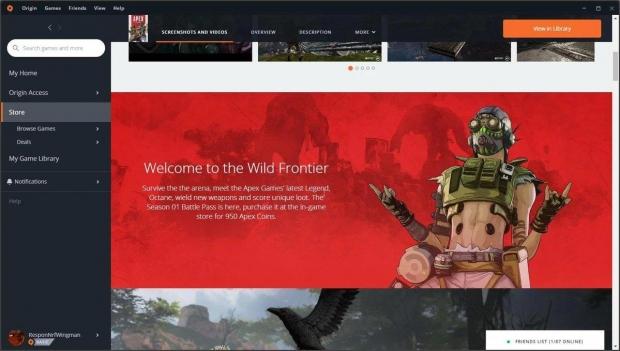