Shrek has (not officially) joined the fight in Super Smash Bros. Ultimate, as a modder has re-skinned Gannondorf with our favourite green ogre.

When you have a bunch of spare time on your hands what is the first thing that comes to mind? For BeardBear he thought it would be a great idea to mod Shrek into Super Smash Bros. Ultimate and boy was he right. The above video showcases the Shrek defending his swamp-stage from a pesky Mr. Game&Watch intruder.

It appears that Shrek has taken the body and moveset of Gannondorf while still keeping his voicelines for each of the moves. Despite the lack of voice mods, the work that has been done to implement Shrek into Smash Ultimate is unparalleled. He looks fantastic, and watching him jump around the stage kicking some butt really makes me want to play him officially in-game. Would there really be anyone against Shrek being apart of Nintendo's Fighter Pass? 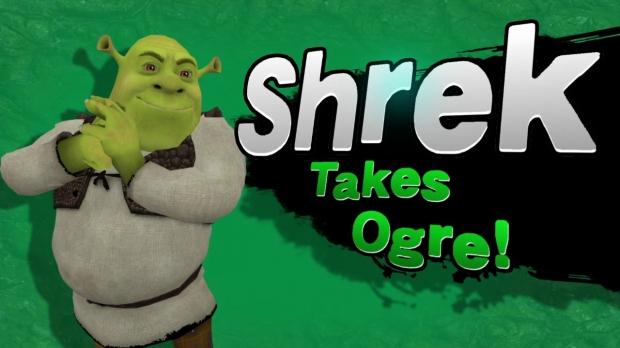