Square Enix has shined a light back on 2017's hit success NieR: Automata, as the company has announced a 'Game of the YoRHa Edition'.

We first heard about the 'Game of the YoRHa Edition' back in November of last year when the Entertainment Software Rating Board revealed the title of the edition before an official announcement could be made. Now, Square Enix has officially announced the new edition for both PC and PS4 with a brand new launch trailer which can be found above.

The Game of the YoRHa Edition doesn't come with any new content to enjoy, but will arrive with all previously released DLC's plus some added bonuses. The added bonuses are added cosmetics, avatars for PS4 users, skins, and wallpapers. I have provided a full list of what players will receive when purchasing for their respective platform. The NieR:Automata Game of the YoRHa Edition is currently available now, a link to the Steam listing for the title can be found here. 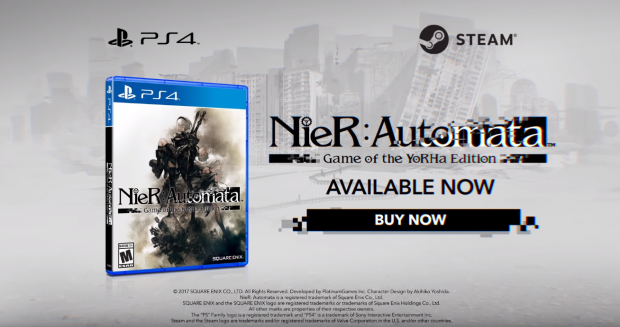