NetherRealm Studios has confirmed two characters for the coming Mortal Kombat 11, players will be able to speed into the battle with Kabal, and also be able to enjoy the returning character D'Vorah.

During the first Kombat Kast, a livestream that is based around Mortal Kombat, co-creator and director at NetherRealm Studios, Ed Boon teased fans with the announcement of these two characters. Boon showcased the above gameplay video of Kabal to fans viewing the live stream, then video was then uploaded to official Mortal Kombat YouTube Channel for the publics pleasure. We can see Kabal doing what he does best, speeding through his enemies and using his hookswords to disembody each and every part of whoever is standing in his way.

We also get a great display of Kabal's grab combo's, range spacing saw blades, upper cuts, vital spot breaks and an incredibly gory fatality. We see Kabal grab his victim and run at extreme speeds while dragging his opponent along the ground, Kabal then throws the opponent forward only to appear on the receiving end ready to slice them in half with his hook sword. Ed Boon also confirms that D'Vorah who debuted in Mortal Kombat X would also be returning for Mortal Kombat 11, there was no gameplay shown of her though. Mortal Kombat 11 will be released onto the Nintendo Switch, PC, Xbox One and PS4 on April 23rd, 2019. 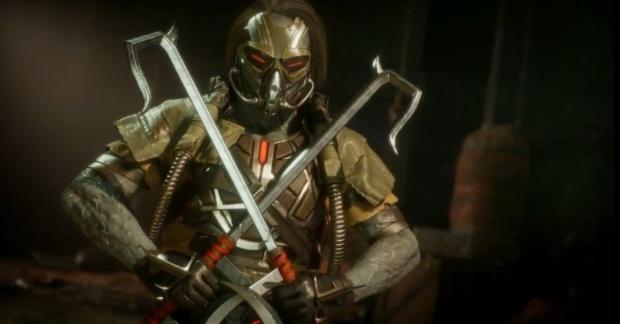