CES 2019 - EVGA impressed with its new Z390 Dark motherboard but surprised with the announcement and launch of its first-ever sound card with the new Nu Audio sound card pushed this week at CES 2019. 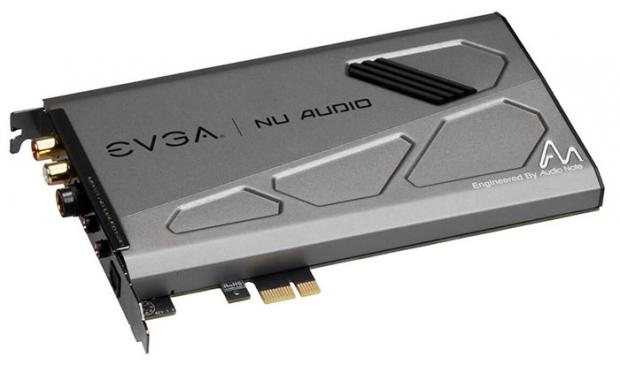 The company partnered up with UK company AudioNote for the Nu Audio sound card which features a 6-layer, gold-plated PCB for what is to be expected great gaming audio. 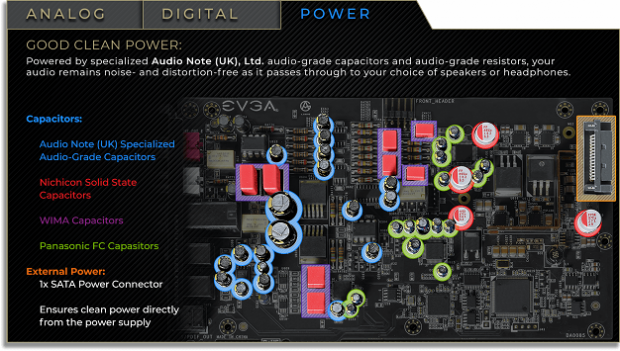 Inside, the card packs AudioNote capacitors and resistors, while a Texas Instrument power regulation circuit keeps the juice under control. The main part of the EVGA Nu Audio would be the XMOS xCore-200 DSP that will process the audio, and remove processing power away from the host processor. 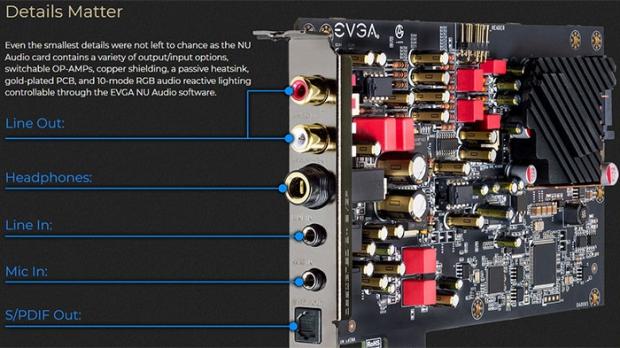 EVGA is using some top shelf components inside of the Nu Audio sound card, with specialized capacitors from all sorts of companies, while power is provided by a SATA power connector instead of the normal PCIe x1 slot, meaning the Nu Audio sound card has a cleaner source of power. The company has thought of everything with pro audio gaming sound cards, and then crafted the new Nu Audio sound card. It's great to see as competition for Creative and ASUS just amped up in a big way from surprise player in the audio space with EVGA. 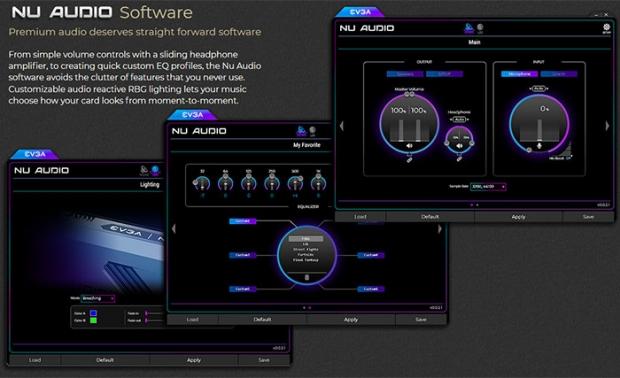 There's also some slick Nu Audio software that EVGA is using the design style of its PrecisionX OC software for its GeForce GTX/RTX range of graphics cards, where you have an easy-to-use software interface to tweak your Nu Audio sound card. 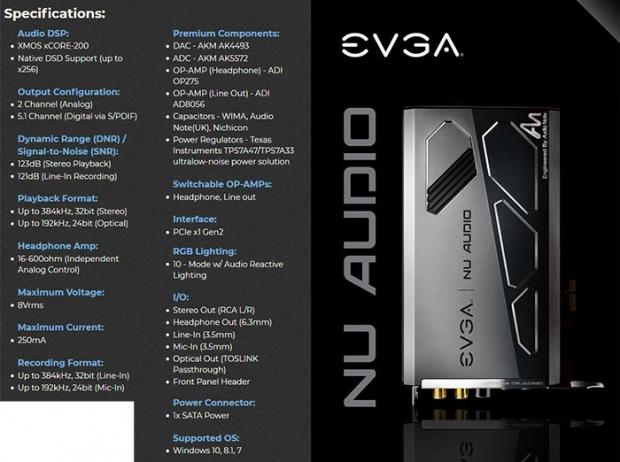 If you're an audio nerd you can eat your heart out with these specifications.