CES 2019 - Samsung already set some records with its gigantic The Wall unveiling last ye ar, with a bigger-than-life 146-inch MicroLED-based TV shown off at CES 2018 this time last year. Well, Samsung is back and it has made that 146-inch TV look small in comparison.

The new Wall TV is a blistering 219 inches and continues to use what Samsung is referring to as the future of display technology with its MicroLED technology, where a consumer-facing 75-inch MicroLED TV has been announced for later this year from Samsung. It might not sound like much but MicroLED is a big part of the future for these absolutely huge TVs that are now getting to the point of taking up entire walls, and that's something only MicroLED can do right now.

MicroLED is special because its a new modular-style of TV design that allows for totally different aspect ratios and sizes than previous LCD/OLED panels are capable of, as the MicroLED panels act like tiles that can be connected into others to extend screen sizes. Huge screens can be constructed by many smaller (even if they are 50/60/75-inch each) into large multi-hundred-inch MicroLED displays that act like a super-quality billboard. 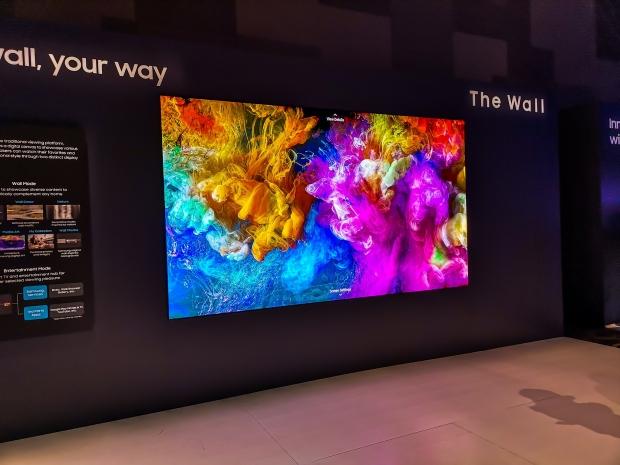