Jack Black has only released two videos onto his new gaming channel on YouTube, with Jablinski Games rocking 2.4 million subscribers at the time of writing, with both videos having 7.2 million and 6.2 million views, respectively. I reported on the channel within hours of its creation and it had racked up 500,000 subscribers, but it's just an unstoppable train at this point.

This video is just an update from Jables, and it has amassed 6.2 million views which most YouTubers would beg for. It's a great achievement for the rock star, who launched his Jablinski Games channel with his son the only one producing everything behind the camera. At the time, Black said: "I am proud to announce the launch of my new channel, Jablinksi. This channel will have games, food, and life".

SocialBlade tracks YouTube accounts and has predictions that Jablinski Games will have over 100 million subscribers (at this rate) by the end of the year and 128 million by January 1, 2020. The site predicts Jables will rack up a huge 24 billion views (that's with a 'b') by the New Year, which if it happens, I'm sure would set records for YouTube without a problem. 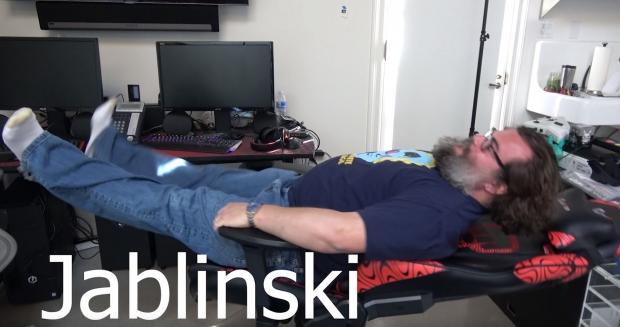