Metal Gear Solid hasn't really moved as a franchise lately with the last entry in the franchise not doing well, and series creator Hideo Kojima moving onto bigger and better things with the mysterious Death Stranding. But... Metal Gear Solid is back and its being turned into a board game. 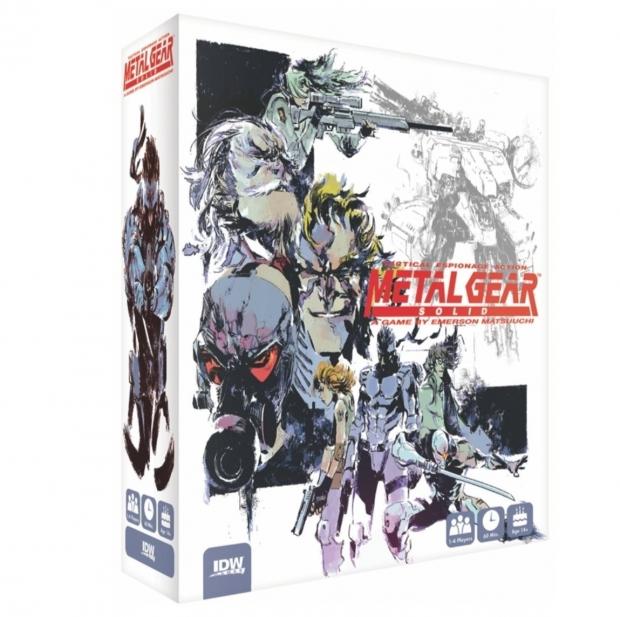 Konami Digital Entertainment and IDW Games has announced Metal Gear Solid: The Board Game, which will be offering an immersive cooperative experienced for fans of the MGS franchise. You'll be able to play as characters from the Metal Gear Solid franchise like Solid Snake, Meryl Silverburgh, Dr. Hal "Otacon" Emmerich, and Gray Fox the Cyborg Ninja.

The minituares in Metal Gear Solid: The Board Game are being sculpted by Francesco Orruu, while Metal Gear Solid fan and comic artist Kenneth Loh will be taking care of the art style.

Metal Gear Solid: The Board Game will feature a "dynamic AI system" with sandbox gameplay where playing through your missions and choosing specific things in the game will change the way the game plays. IDW Publishing VP Jerry Bennington explains: "Having partnered with Konami in the past to adapt Metal Gear Solid into comics and produce all new stories in the Silent Hilluniverse, we are extremely excited to be partnering again to bring Metal Gear Solid to a new gaming medium: tabletop. We know this a beloved franchise with a die-hard fan base, and as such we're putting all of our energy into producing a premium gaming experience that is exciting to play over and over again".

Game designer Emerson Matsuuchi said: "I'm probably the biggest fan of Metal Gear Solid. Ever since playing the first Metal Gear Solid, it has forever altered the way I view games. The story it told was so memorable and the gameplay experience so rich that it has shaped my expectation of games as both a designer and gamer. So the opportunity to bring this masterpiece to the table has been an honor and dream come true. I'm excited to be able to capture the tactical stealth action that is the hallmark of the franchise as well as create a new experience and story for the Snake fans. Age hasn't slowed him down one bit".

Metal Gear Solid: The Board Game will be better detailed at E3 2019.