Bethesda wants to make things right, and promises to replace the cheap crinkly nylon bags sent out with the Fallout 76 Power Armor Edition. 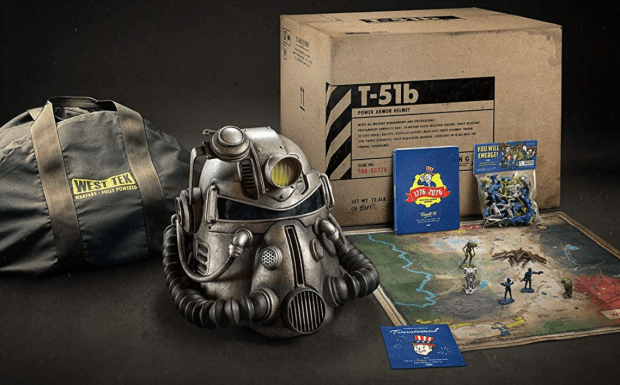 Right now Fallout 76 is a PR nightmare. The game has been lambasted left and right and has serious issues. Plus there's potential lawsuits surrounding the publisher's no refunds policy. But things got even worse when Bethesda was caught switching out a key part of the game's $200 Power Armor Edition: instead of the higher-end, durable canvas bag that was advertised, gamers who bought the expensive edition received a rather dodgy nylon sack. Originally citing a "lack of materials," things got worse when we found out Bethesda actually shipped the advertised canvas bags to Twitch and YouTubers for free.

Now Bethesda wants to fix things and solve this damning PR nightmare. The publisher today said it will replace all nylon bags with the stronger canvas West-Tek bags, but you'll have to send a support ticket by January 31, 2019 and verify your Power Armor Edition purchase.

"We are finalizing manufacturing plans for replacement canvas bags for the Fallout 76: Power Armor Edition. If you purchased the CE, please visit https://beth.games/2QDropM and submit a ticket by Jan. 31, 2019. We'll arrange to send you a replacement as soon as the bags are ready," the company wrote on Twitter.

There's no guarantee when the new replacements will be sent out, or when manufacturing will actually begin, but it's at least good to see Bethesda step up and try to make things right. But again...this only happened after it got caught doing something deceptive (which is usually the case for games industry turnarounds).