G.SKILL has announced it is launching one of the most gloriously detailed kits of DDR4 memory ever with its new Trident Z Royal Series DDR4 RGB memory kit. The company teased it at Computex 2018, but now it's officially ready to go.

The company will be offering its new Trident Z Royal Series in capacities of up to 64GB and speeds of 4600MHz, the 64GB kits are available in only 3000/3200MHz kits while the 4600MHz version is only available in a 16GB kit. G.SKILL has said its using high-end Samsung B-die DDR4 ICs for the best in performance and overclocking headroom.

G.SKILL has promised a release of December 2018 for the new Trident Z Royal Series DDR4 memory kits, with pricing still a mystery for now. 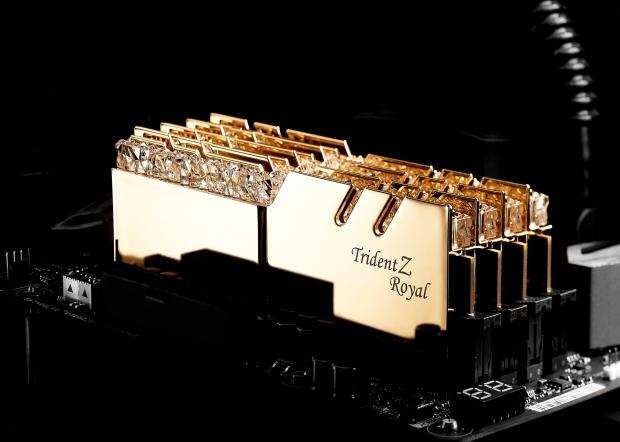