To celebrate the release of 'The Crown: Season Two' on home video, we have ten Blu-ray copies of the series to give away thanks to our friends at Universal Sony Home Entertainment! 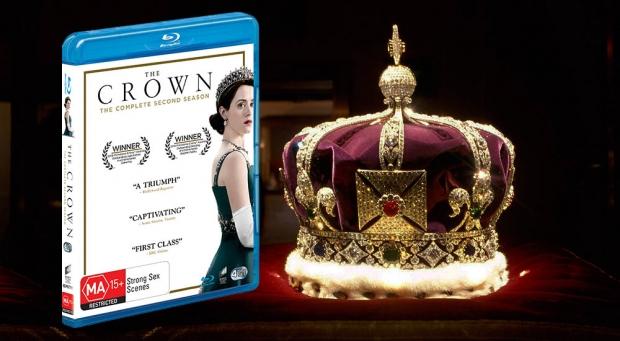 Season 2 continues to follow the political rivalries and romance of Queen Elizabeth II's reign and the events that shaped the second half of the 20th century.

Beginning with soldiers in Her Majesty's Armed Forces fighting an illegal war in Egypt, and ending with the downfall of her third Prime Minister, Harold Macmillan after a devastating scandal, the second season bears witness to the end of the age of deference, and ushers in the revolutionary era of the 1960s.

To go into the running to win a prize, post this article to your social media profiles, correctly answer the below question and send your postal address to ben at TweakTown dot com before the competition closes on November 23.

How many precious stones are contained in the Crown Jewels of the United Kingdom?

'The Crown: Season Two' is available to purchase on Blu-ray and DVD at Australian retailers now.